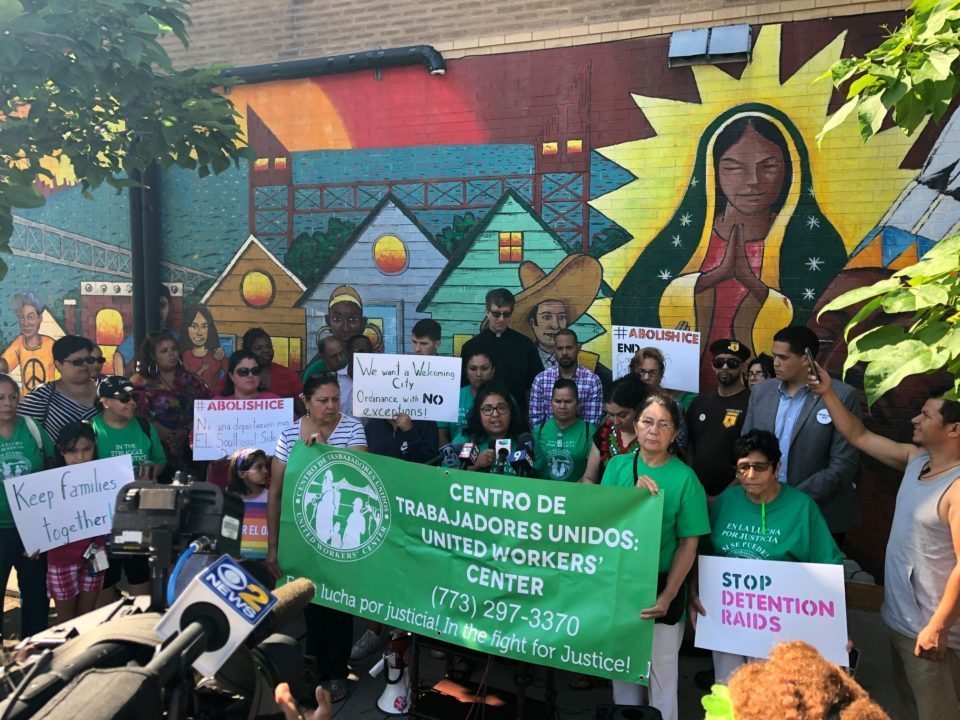 Centro de Trabajadores Unidos: United Workers’ Center is a grassroots member-led community organizing group and worker center serving Chicago’s southeast side and south suburbs. CTU strives to build immigrant and worker power by working to advance systemic change that promotes social justice and stabilizes low-income immigrant communities and communities of color. The organization was founded in 2008 by a group of low-wage immigrant workers on Chicago’s under-served southeast side after experiencing labor abuses at a local factory and organizing in their defense. These leaders were determined to build an organization that would serve as a resource for workers to organize against labor exploitation. The founders’ vision was to support a continual stream of workers developing their own leadership potential in order to advocate for themselves and address the injustices they experienced at their workplace and in their communities.

CTU recognizes that many of the challenges its members face stem from ineffective and harmful public policies. To increase its effectiveness in creating systemic change, CTU works with local, state and national partners in the movement for social justice, primarily focusing on the intersection of immigration and labor. CTU is a co-founder and member of the Raise the Floor Alliance, the Illinois Coalition for Cooperative Advancement and the Illinois Worker Cooperative Alliance and co-convenes the Southeast Chicago Rapid Response Team, comprised of local nonprofits, schools and churches to address ICE raids, deportation and enforcement. CTU is also a longstanding member of a number of policy and organizing coalitions working at the city and state level including: Campaign to End the Gang Database, Chicago Immigration Working Group, Coalition Against Workplace Sexual Violence, Healing to Action, Healthy Illinois Coalition, Illinois Coalition for Immigrant and Refugee Rights (ICIRR) and Raise Chicago.