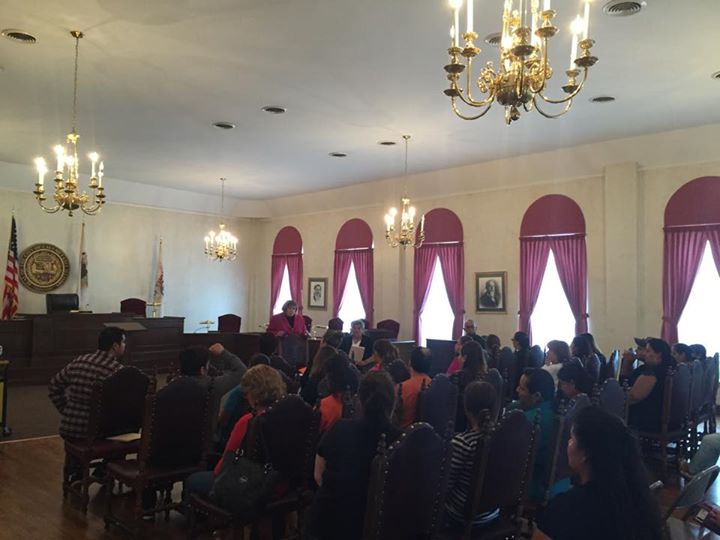 On December 29th of 2014, without notice, without presenting alternatives, and without community input, the city increased the water rate by more than 200%, moved from quarterly to monthly billing, and imposed a new and excessive late fee of $35 on anyone who paid a day late. The one-day deadline was contrary to the actual legislation’s language that gave a two-week grace period.

CTU-IWP members have met with their mayor, are planning meetings with their alderman, and are showing up to their city council meetings to ask their elected officials to explain why these changes were made without the consultation of the community and without presenting any other alternatives.

Through their vigilance, questioning of their local elected officials, and hundreds of signatures gathered from neighbors, CTU-IWP members attained their first victory to stop Calumet City from profiting off of its residents! Calumet City agreed that they were wrong in charging residents late fees for paying their water bill one day after the due date, and now close to 15,000 residents will soon see their late fees refunded! With one solid victory secured, Calumet City members of CTU-IWP will move forward on organizing a community forum to engage more residents from all across Calumet City. Stay tuned and follow us on Facebook!